Nacheez Dairy-free Nacho Sauce was one of the goodies I purchased at Viva La Vegan Grocery.  I don’t know how “healthy” it is, but it’s certainly better than dairy cheese. 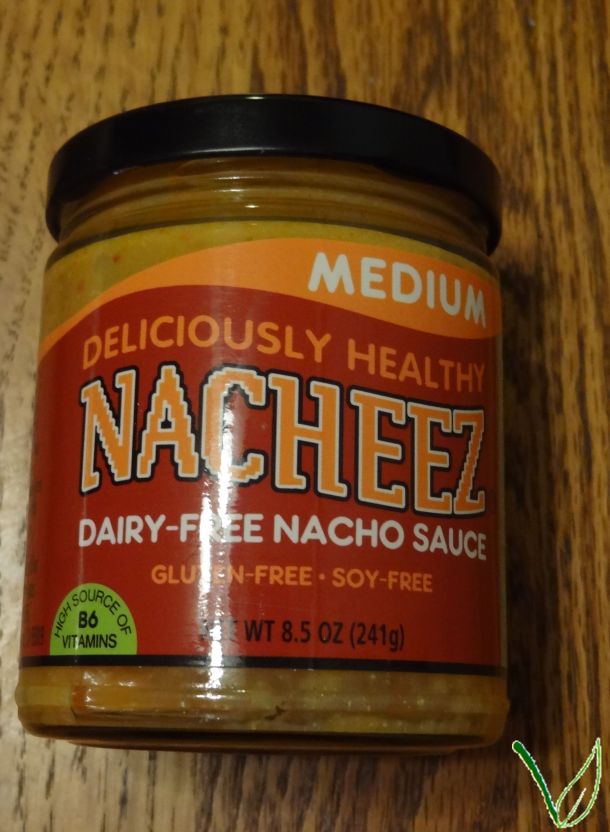 They had mild and medium, so I went with the medium.  It wasn’t all that spicy, and was a little less than smooth.  Once I warmed it up a little bit and stirred it, it was a little more appetizing.  It was a little on the sharp side and I don’t particularly like the flavor of sharp cheese, so I only ate it in small amounts.  I know plenty of people who would love it, though.  I don’t think I’m likely to buy it again for a while, but it was nice to have the option of nacho cheese!  I would probably buy it as a dip for parties.