Vegan at Tony’s Darts Away, Burbank

For my youngest sister’s 21st birthday, we all got together and did a little bar hopping (if you can call hopping from one bar to a second bar a night of bar hopping).  We arranged to have two designated drivers – safety first – so that no one would have to worry about getting home safely. 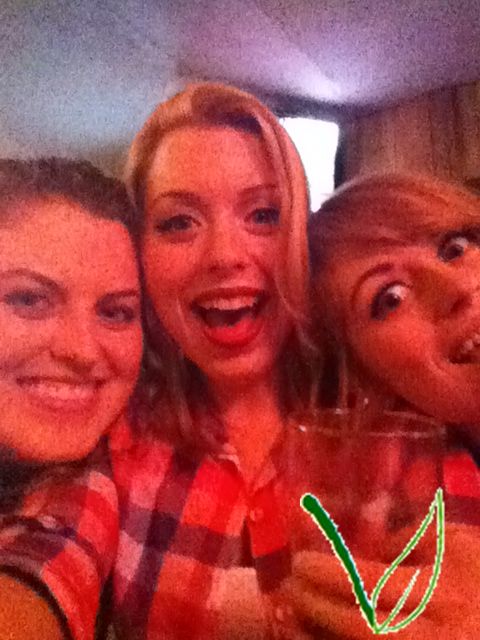 Me and my two sisters

We started at The Blue Room in Burbank (where they make a damn fine Cable Car) and then went to Tony’s Darts Away.  I had never been to Tony’s before, but I really liked it.  First of all, it was a really casual atmosphere – free of pretension.  They have a good sense of humor (they were able to put up with our ridiculous selves) and a heavy pour (I ended up with clearly more than 6 oz. of “Not Beer” in my glass).

They had all kinds of board games on bookshelves, plenty of seating, and a pool table.  We were getting drunk at this point, so Trivial Pursuit was pretty fun.  Anyway, since the birthday girl and her two sisters are vegan, we ordered some vegan appetizers for the table.  I got a chance to try the seitan buffalo strips (not on their online menu) and really loved them.  They were loaded with buffalo sauce and very spicy. 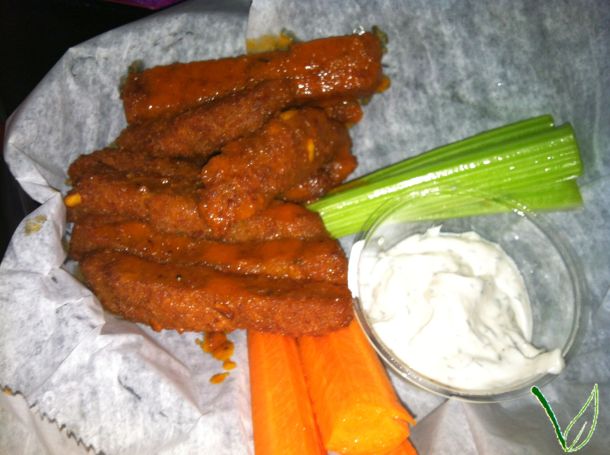 I had no idea that Tony’s Darts Away, Mohawk Bend, and Golden Road Brewery were owned by the same guy: Tony Yanow.  He’s like the vegan king of LA or something.

It’s nice to know of a casual bar not too far away where you can get drinks and vegan food that won’t put you in the poorhouse.  Non-vegan folks also have a ton to choose from as well.  We will definitely be back.