Hugo’s Tacos is a small restaurant chain that recently opened a location walking distance from our home.  I hadn’t realized the many vegan options that they offered until my husband stopped by one night to pick up something for himself and excitedly called me, asking if I would like to try anything.

The chain’s three locations are in Atwater Village, Studio City, and Woodland Hills.

Their menu and website are both clearly marked for vegan, vegetarian, and gluten-free preferences.  Almost everything is vegan or can be made vegan, and when you order something with soyrizo, they make sure to ask if you want vegan cheese. 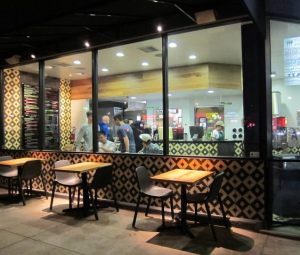 The way their menu works is that diners may choose from tacos, burritos, bowls, tostadas, nachos, quesadillas, tortas, and green tamales, and then choose one of their 7 fillings.  There are 5 meat fillings and 2 vegan ones.  Vegans can choose from soy chorizo, a spicy soy “meat” grilled with diced potatoes and zucchini or mixed veggies and herbs, a mixture of zucchini, squash, cauliflower, corn, potatoes, and onion.  They also have salads which can be topped with any of their fillings or taquitos (either chicken or soy chorizo filling) with served with white beans, lettuce, guacamole, Pico de Gallo, tomatillo and jalapeno salsa with cheese (which you can order to be vegan).

I tried quite a few of their offerings, you know, for the sake of reporting it to you.

Let me start with my two favorites so far. 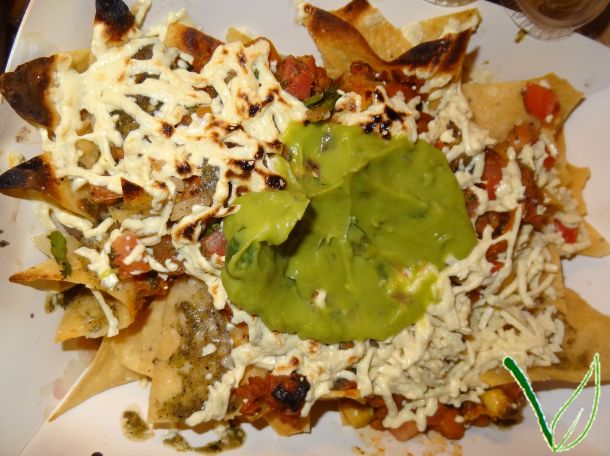 Their vegan nachos are delicious.  They came a bit burned around the edges, but not enough to take away from the meal at all.

The vegan cheese was tasty and the white beans were a nice alternative to black beans.

I should mention that Hugo’s has a selection of 7 salsas, only one of which is not vegan.  I tried all six of them and my favorites were the Pico de Gallo and the tomatillo and jalapeno.

I will definitely order this time and time again. 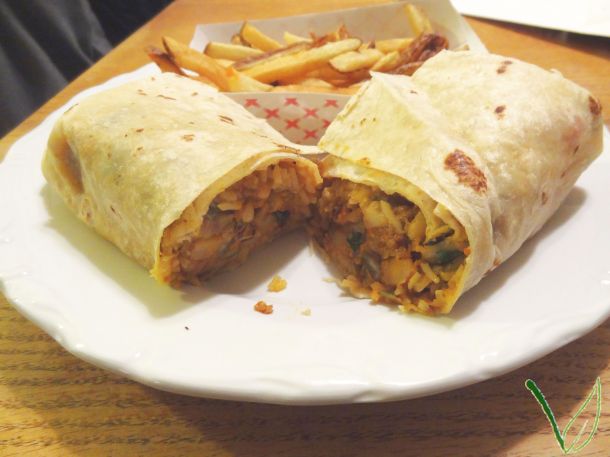 For this burrito, I ordered the mixed veggies and herbs filling.  It also has Spanish rice, salsa, and white beans.  I will definitely order this again.  It’s a fun alternative to Chipotle’s burrito, being that it tastes a little more authentic and sinful. 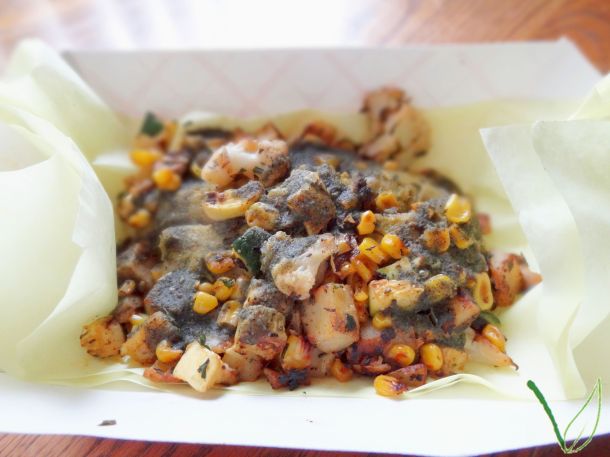 The green tamales come with such plentiful veggie and salsa toppings that you can’t even see the tamales at first glance.  They were tasty and I definitely liked the veggies and salsa, but I’m not very fond of sweet corn tamales, so I think that’s what made this dish third out of the five that I have tried. 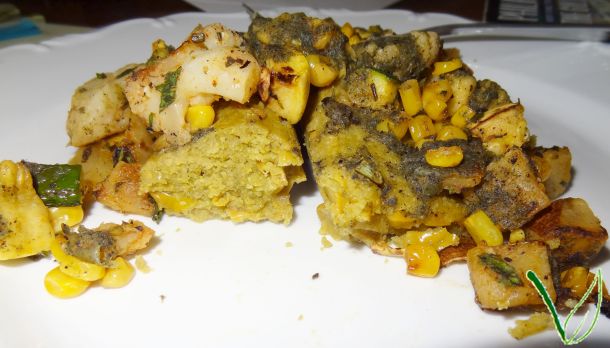 Last, on a whim, I tried their vegan quesadilla, cheese only. 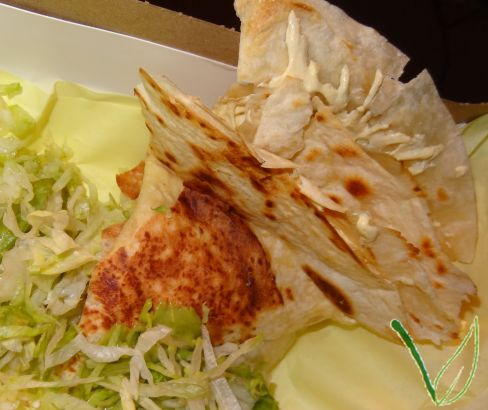 Vegan cheese is kind of temperamental and doesn’t always melt like regular cheese does.  In the case of my quesadilla, the cheese was hardly melted, but was at least warm.  Salsa helped.  It wasn’t horrible, but I probably won’t order it again because there are better choices.

Not pictured is their soy chorizo taquitos.  They aren’t very pretty and are a little dry, but that could be because I was ordering pretty late.  The guacamole added some needed moisture.

My main complaint about Hugo’s is that their food tends to be a bit bland.  Their tomatillo and jalapeno salsa saves the day, though, and adds spice and flavor to everything.  Their restaurants are great places for dual dining.